Maine Dartmouth Sports Medicine fellows are involved in the provision of medical care at a number of mass participation events, some of which are described below.

The second-oldest Ironman event in North America is held in upstate New York in July and attracts nearly three thousand world-class athletes from many countries to its challenging course in the Adirondack Mountains. Maine Dartmouth fellows assist with health care provision at the medical tent located at the race’s finish line. Learn more. 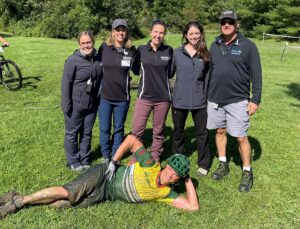 The Tread Fest is a local community event first held in 2012 that features mountain bike and trail running races over wooded terrain in Augusta’s Bond Brook Recreational Area. The recreational area is a 270-acre city-owned preserve with a 17-mile free public trail system that includes double- and single-track for mountain bikes and is open to hikers, runners, bird-watchers, skiers, and snowshoers. Proceeds raised by the Tread Fest are used to support the trail system at Bond Brook as well as other surrounding trails. Fellows staff the medical tent during the bike race.  Learn more.

The Beach to Beacon is a renowned 10K road race that attracts an international field of elite competitors as well as runners from Maine and neighboring states. Each year nearly 5000 runners reserve their spot in the race within minutes after registration opens and another nearly 2000 runners are granted entry via a lottery system. Maine Dartmouth fellows help staff a medical tent and provide care to ill or injured racers during and after the event. Learn more. 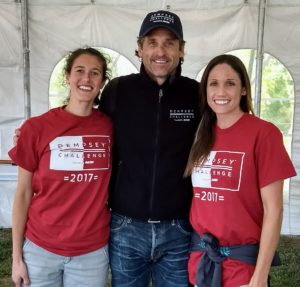 This is a nationally-recognized, non-competitive two-day fundraising event in Lewiston, Maine, featuring a run/walk and bicycle rides to support the Dempsey Center, founded by actor Patrick Dempsey. The Dempsey Center provides free services to complement medical treatment and improve quality of life for anyone impacted by cancer. Dempsey, a Lewiston native, attends the event with a small number of elite cyclists. Fellows are involved in medical care planning and provision. Learn more.

The Kennebec Valley Athletic Conference holds their annual fall cross-country championships at Cony High School in October. The event is attended by approximately 400 male and female athletes representing 28 high schools. There are junior varsity as well as varsity level races.